Finding new ways to entertain our children can be exhausting, and as a mom, I’m always looking for new games and alternative ways to have fun with my kids that won’t break the bank. There are so many ways to have backyard fun with our kids and every weekend can be a new adventure.  Here are some fun backyard games for kids to get them outside involved in active play. 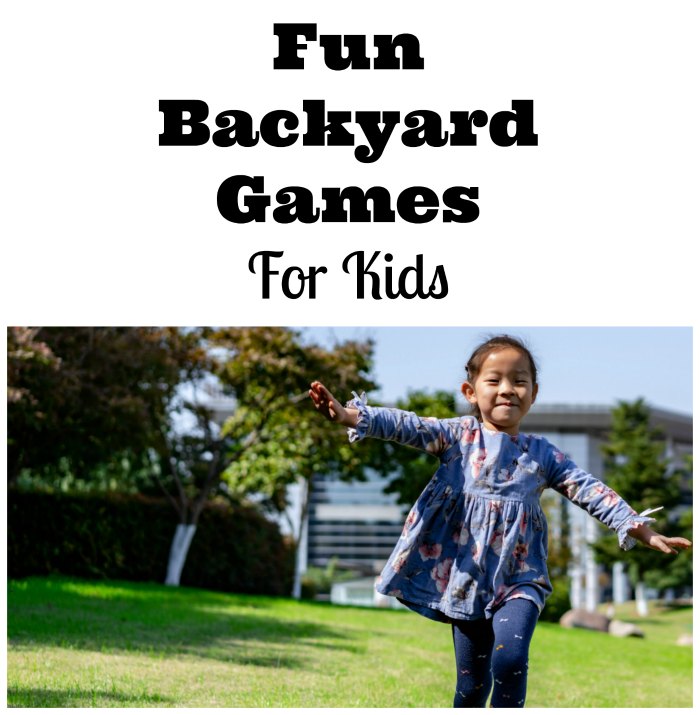 This is a classic backyard game from my own childhood.  It was all the rage at sleepover parties and I really loved the thrill of running and hunting and playing as a team.  My own kids love this game now just as much as I did then which means we can even join in the fun and play as a whole family.  You can even get a whole light up set called Capture the Flag REDUX as seen in this Good Morning America clip.

There is also a similar outdoor game that is brand new called Wizards & Werewolves.  This is my son’s favorite!  You can see it on Kickstarter or YouTube. 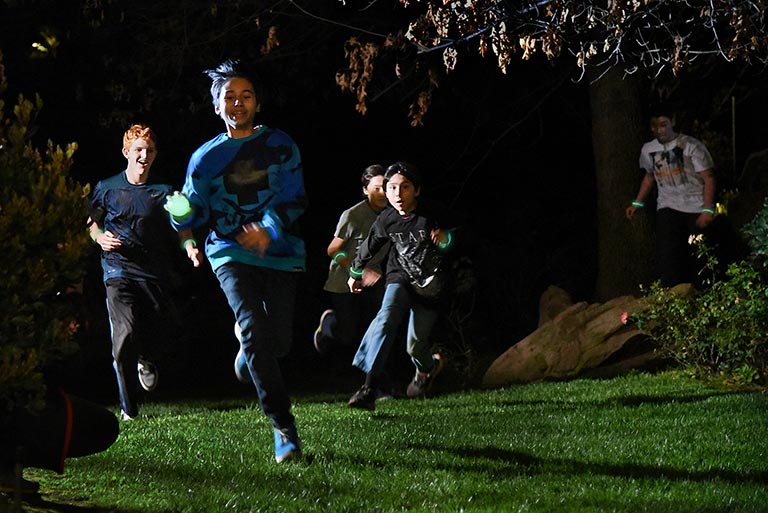 You might know it as corn hole, beanbags, beanbag toss, corn toss, or baggo. Regardless of what you call it, “bags” is a great backyard game in which the entire family can participate. Setup for bags is easy — it’s two slanted platforms with holes near the top and center, positioned approximately 30 feet apart. You can purchase these platforms as part of a set or build your own cornhole game.

To play, two teams of two players take turns throwing a beanbag, underhand, toward the opposite board. Teams split up and one player from each team stands on either side of each board. The object is to land the bag in the hole or on the board, and three points are awarded for landing in the hole. A bag that stays on the board is worth one point. The winner is the first team to 21 points.

A tried-and-true spring and summertime outdoor game, bocce has been around for a long time. You can play as an individual or in teams, and each team gets four balls. The pallina is the smallest ball, and it is thrown to the opposite side of the playing surface.

The players then take turns throwing balls toward the pallina. The team whose ball is closest to the pallina gets a point — for each ball that is closer than the opposing teams’ closest ball. While a regulation bocce court is 76 feet long and 10 feet wide, you can play for fun in whatever space your yard affords.

One of my family’s favorite backyard fun ideas was always badminton when I was growing up. Badminton can be thought of as a tennis-like game that you can play in your backyard. Played with rackets and a “shuttlecock” or “birdie,” up to four players on two teams attempt to volley the birdie back and forth over a net in attempts to make the other team miss. Officially, the winner of a badminton game is the first to 21 points.

You can get birdies cheaply in packs of six. The net, poles, string and stakes can be purchased in a set. You can even hang the net between two trees in your backyard.

Up to six people of any skill level can play croquet, which consists of players taking turns hitting a ball with a mallet through wickets in an attempt to complete a course. When your ball passes under a wicket, or you hit another player’s ball with yours, you get an extra turn. Whoever completes the course first is the winner.

There are many variations of croquet; these rules are just the basics. With some research, your family can choose which variation of the game is most fun. You can get the gear required for croquet — mallets, balls, wickets and sticks — in a set. The sets are often color-coded and most balls are made of heavy plastic or wood. 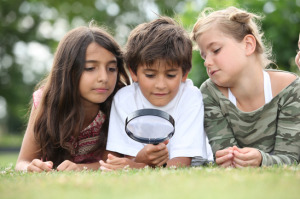 Bug out a bit and capture those lady bugs. Most kids love capturing bugs, so why not send them out into your backyard with a jar to catch some? Just make sure your jar has holes in the top so no bugs are harmed in this game.  This was one of my children’s favorite backyard games for kids when they were younger. They liked to see who could collect the most species!

This is bound to a favorite of these kids backyard games.  Your kids can have fun making sponge balls and then they can have fun playing a dodgeball style game and getting wet while they cool off and run around.

Backyard explorations and adventures don’t have to stop with these fun backyard games. You may also like to try these classic kids games or get creative and make up something new!

When you’re in your backyard, please also remember safety. Help prevent injuries by enforcing these summer safety reminders.  I hope you enjoy these backyard games for kids as much as I do. Play with them while you can because they keep growing and then they leave!