You are here: Home / Lifestyle / The Phantom of the Opera Broadway On Tour
199shares

Want to see one of the most famous Broadway productions without going to New York? Well, now you can- The Phantom of the Opera on tour! Cameron Mackintosh’s spectacular new production is now on tour across North America and I just had the pleasure of seeing it here in Nashville at the Tennessee Performing Arts Center (TPAC) (catch a show before November 4th!) I brought my 11 year old son as my date and I really think that shows like this are so good for children as they get to develop an appreciation for the arts, how much work goes into perfecting them, and what beauty is possible to achieve.

The Phantom of the Opera Broadway At TPAC 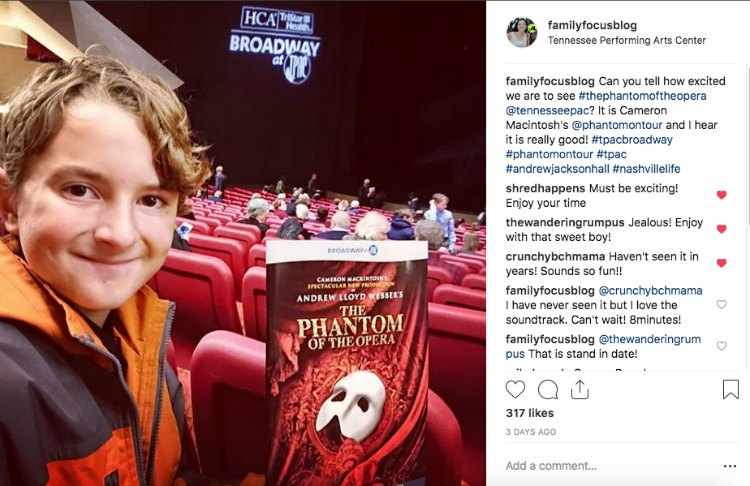 I absolutely loved The Phantom of the Opera Broadway At TPAC. It really was amazing- the detailed costumes, the amazing voices, the orchestra, the acting. It was a very special experience and really fun to be able to share with my son. I actually knew the Phantom of the Opera soundtrack but I had not seen the show! My son had seen parts of it in his music class and he summed it up for me like this- “The Phantom wants to be good but he’s just not.” It is exactly this pull between good and evil that makes the show so riveting to watch, well that and the amazing performances with the stellar song, music, and dance!

This Cameron Mackintosh production of the The Phantom of the Opera features exciting special effects a cast and orchestra of 52. This Phantom of the Opera is one of the largest productions now on tour and it really is stunning. Days later, I am still singing songs like “Music of the Night,” “All I Ask Of You,” and “Masquerade”.

You can find about The Phantom of the Opera On Tour at thephantomoftheopera.com/

Here is a trailer that catches a little of the magic:

The Phantom of the Opera Facts 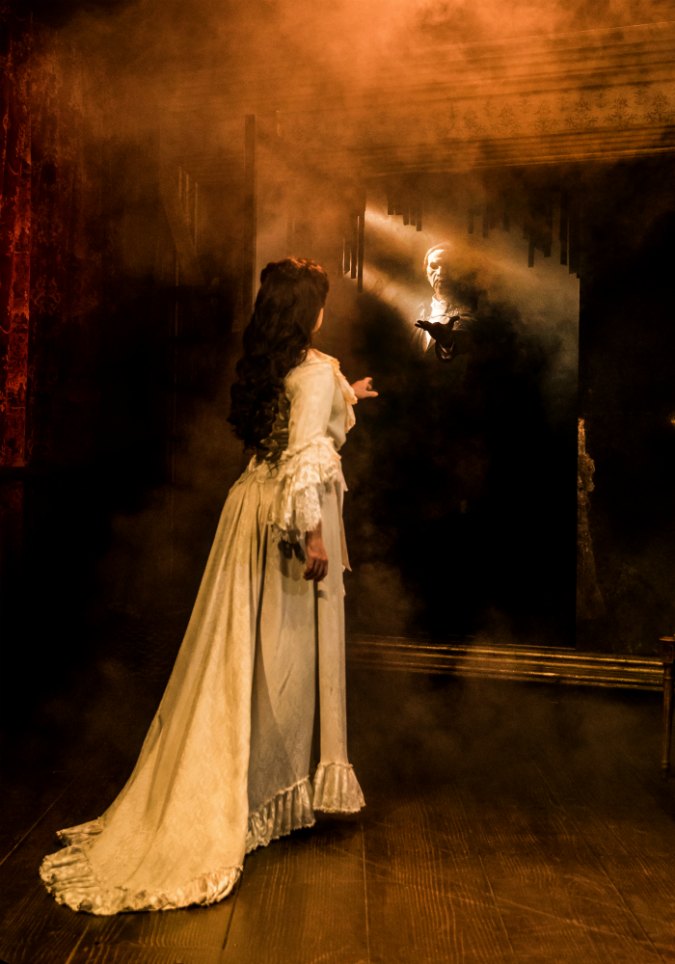 Have you seen the Phantom of The Opera? How many times?

Love this sponsor- Is Your Child interested in Flag Football?