You are here: Home / Lifestyle / 5 Tips to Prevent Your Child from Being Kidnapped
295shares

A parent’s worst nightmare is to come home and find out that a child is missing. More often than not, missing children have run away from home or simply improperly communicated their plans to their parents. According to ChildFindOfAmerica.org, an estimated 2,300 children are missing every day in the United States. Here are 5 tips to for parents to equip themselves and their children with the knowledge and skills they need to help protect themselves from being a kidnap victim. 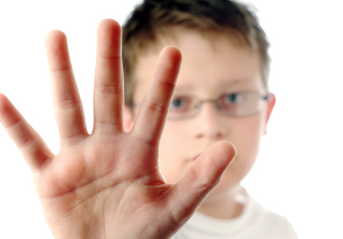 Most children have been taught to trust and respect adults. Unfortunately, all adults are not worthy of such reverence. Parents must teach their children to be weary of strangers and the tactics they might use to take them away. Children need to know that it is never okay to go anywhere with a stranger.

There are a portion of children who are kidnapped at the hands of someone they know. Parents can avoid this occurrence by informing their children when someone else is supposed to pick them up. Likewise, parents should inform the schools and daycare centers of people who are authorized to pick their children up.

Teach Kids to Be Cautious

Most kidnappings cannot be considered true crimes of opportunity. Kidnappers are on the lookout for easy targets. This makes it all the more important for children to remain attentive and aware of their surroundings. Teach them to watch for suspicious cars and people. Teach them to take different routes home from school if they think they’re being followed. This will protect them from leading kidnappers to their homes or being snatched off the streets.

Use the Buddy System

Kidnappers tend to prey on children who are alone or away from their groups. On the other hand, children who travel in groups are able to look out for one another and can potentially defend one another against attackers. Teaching children the importance of traveling in packs will allow them to make safer traveling choices.

Not all kidnappings occur on the streets. A good number of children are taken right out of their very own homes. Parents can prevent this from happening by stressing the importance of at-home security. Children should be taught to lock all doors and windows. Children who make it home before their parents should take an extra step and call them while they search the home for potential intruders. Both practices will prevent dangerous people from having access to them.

One of the best ways to protect children is to place limits on when and where they can go outside the home. Likewise, parents must set limits on who their children can travel with. These limitations will allow parents to control the safety of their children’s environments when they’re not around.

It seems like children will never truly be safe in today’s world. However, parents can certainly make it a bit safer by arming children with knowledge to protect themselves. Within the confines of solid boundaries, parents can do their best to protect their kids and arm their kids with knowledge and preparedness to try to prevent kidnapping. You can also give kids personal safety devices but that should not replace communication and limits.

A note about this article on kidnapping- I don’t usually publish what I think of as “fear pieces” but I will tell you that I feel very strongly about talking to kids about dangers. I think that if they are aware it will help save them. I also feel that danger is more prevalent than we tend to believe. I myself was attacked in broad daylight, in a small town, as a 9 year old child, and I think that because my mother had talked to me, I knew to shout. I knew to fight and run and that may be the reason I am here today. I try to not to put fear into my kids. I tell them most people are nice and good but I tell my kids to trust their gut. I knew in my gut when the man approached me. I tell my kids it is better to be safe than sorry. Better to offend someone than end up a victim. Talk to your kids!

I had just gotten home from school and I had a key to my house but I didn’t want to go inside and wait by myself all alone. My mom would be back from her college class in about 40 minutes but I was lonely. I decided to walk down the street two blocks to a friend’s house. Turned out she wasn’t home. I started walking back to my house and when I was coming to an intersection, I saw a man approaching the intersection too. I started to speed up a bit so I would not cross paths too closely. He called to me, “Do you know where Marshall Street is?” I paused just a bit. I didn’t want to be rude and I called over my shoulder, “No.” But he was closer. I sped up more. He sped up. I could feel him behind me getting closer and I knew it was all wrong. I started to run and he started to run. He had hold of me in just a minute. One arm around me and pressing something to my face with the other. I squirmed free and ran about 5 steps. I didn’t think. It all happened so fast but I turned and I was shouting. Shouting bad words, “Don’t you f*^%ing touch me, you aS&*^*e!” I don’t know what all I said but I was shouting as loud as I could and I kept the profanities coming. What else did a 9 year old have as a defense except to try to scare him away? He was going to catch me if I ran, he was going to beat me if I fought. I just tried to scare him and do you know what? A miracle happened- he said, “OK, ok,” and he turned and ran away.

I was standing, shaking, now what? I knew he would come back for me. I ran past my house to a day care and I asked the people if I could come in. They let me stay until my mom got home. Weeks later, I had to identify him in the police office. They brought him in for questioning and he confessed. He was known for calling out obscenities to children. Still makes me shake thinking about it.

Kids should always know they can talk to you about anything and that you will be there and listen. That is why I talked to my mom and told her what happened that day. She had read to me out a church leaflet previously about what to do if people tried to touch you in ways you didn’t want. I knew I could tell her anything.