You are here: Home / Parenting / Four Tips For Getting Back Into Homework
22shares

As I write this, my son is doing his first real homework, of his first week of fourth grade… and I am sure he would rather be doing anything else. Well, with the possible exception of cleaning his room. With that in mind, let me pass along four simple tips and tricks that make the work easier in our house. Or should I say, the act of doing the work… not the work itself. He still thinks spelling is hard no matter what tip I give him! 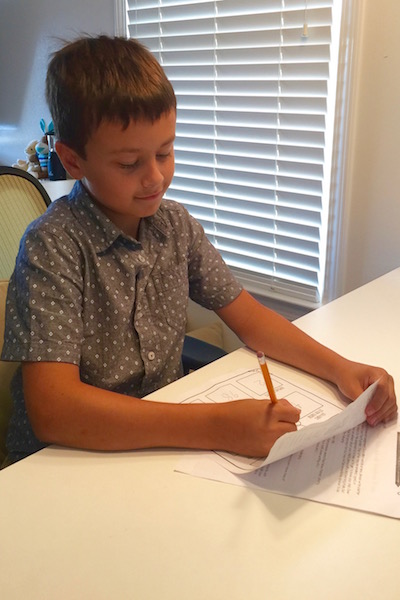 Four Tips For Getting Back Into Homework

ONE – The reward system. Sure, it could be called bribery but hey, it works! Every night that he get his work done on time, and done well, he gets a check mark on the kitchen chalk board. At the end of the week, the more checks, the bigger the reward for the weekend. It could be anything from pizza for dinner to a new video game. It is totally up to him and his effort.

TWO – Set a schedule. It doesn’t matter when it is every evening but it needs to be consistent. Make a homework appointment. If the time is six then that’s when the work starts, every night, on time. After school, after dinner, after snack. It doesn’t matter, just set a routine and stick with it.

THREE – Give them a break. You get breaks during the workday so give your child a break during their work as well. They get recess and lunch at school so let them have ten minutes in the middle of their homework to get up and stretch, have a drink, use the bathroom, whatever. Don’t expect them to sit for hours on end toiling away.

And speaking of hours on end…

FOUR – Set a time limit. Yes, this one might be a little controversial but I do not expect, nor do I allow, my son to grind away at homework for two or three hours each night. I strongly feel that they should be getting the majority of their learning and work done at school and with their teachers. Luckily, I live in a school district that feels the same way. But even if you don’t, you can still control this area.

I just don’t think it helps a child, and his or her psyche, to spend hours a night doing homework – and there are many doctors and educators who share this opinion. It is called balance. It is also called effort. My son sits down, dives in, and works hard for an hour or so (if that’s what is needed) then at that point, if he has put in the effort, most of the work is done. But even if he isn’t fully finished, he is done for the night. It simply is not healthy to put unreal expectations on kids, especially at such a young age.

Think about it – the brain of an eight year old should not be stressed about three hours of math and science and reading and everything else each and every night. It’s just not healthy. And for that matter, neither should the brain of a 38 year old. Creating and teaching these unhealthy habits at an early age is exactly what leads to overworked adults with unrealistic expectations and no balance in life. I would rather have my son be well adjusted than feel the pressure to be perfect with every deadline that he faces. Life, and homework, are fluid and ever changing experiences – or at least they should be. The ability to adapt and take care of yourself mentally are awesome life skills to have!

Wow, that felt good to get off my chest! (haha) And remember, my opinions are just that – my own opinions! But if you have concerns about too much time spent on homework, and the impact it is having on your child, talk to their teachers, voice your concerns, and get involved!

I hope a couple of these tidbits help you and your youngsters manage their homework just a tad bit better this year. Good luck! 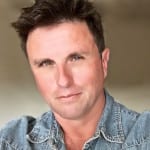 Rob Youngblood is a Single Dad, Keynote Speaker, Emmy Award Winning TV Host, Communication Expert, Media Consultant, and Reality Coach.
Learn more about him at youngbloodlifeandstyle.com. You can also follow him on Twitter.