You are here: Home / Lifestyle / Strider Balance Bike For Kids- A Great Way To Teach An Older Child To Ride A Bike
40 shares

Some of you are thinking, “I know what balance bikes are! They are a very simple bike designed to teach toddlers how to steer and balance on two wheels.” And others of you may have no idea what a balance bike for kids is. Well, it is a genius idea that allows children to get the hang of bike riding instantly. They are basically bikes without pedals that allow toddlers and kids to master the fundamentals of balance and steering so they can easily transition to a bicycle with pedals.  Strider makes balance bikes for toddlers and for older children as well. Strider did provide a balance bike for kids in order to facilitate this review.  All opinions expressed are my own. 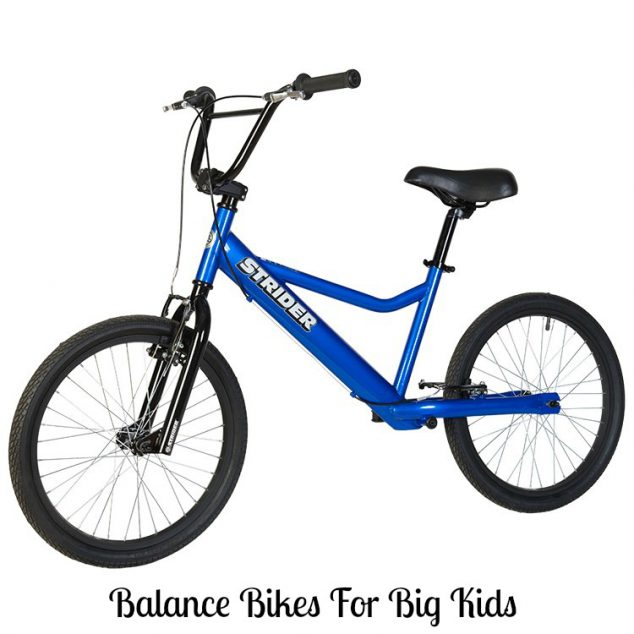 My son is 9 and late to learn riding his bike. My daughter picked up bike riding quickly and loves it still but my son did not. He has a skin condition, called Vitilago, and it makes his skin lose pigmentation. Doctors speculate that one reason this could happen is trauma to the skin. Well, my son developed vitilago on his knees after a typical no big deal fall he had when he was about 18 months so since then I have been wincing whenever he falls. You can imagine that teaching him to ride a bike was a little extra scary for me and I found myself holding his bike as he went, being his “training wheels”. That wasn’t working so well for us so I decided to just let him have at it by himself, but that didn’t work so well either because he just couldn’t seem to get his balance by himself. The bike seemed to scare him and frustrate him.

Then I learned about Strider Balance Bikes and I wondered if they made them for big kids too. It turns out they do, much to my delight. This means that my son can learn to ride a bike all by himself, at his own speed, and without my supervision. 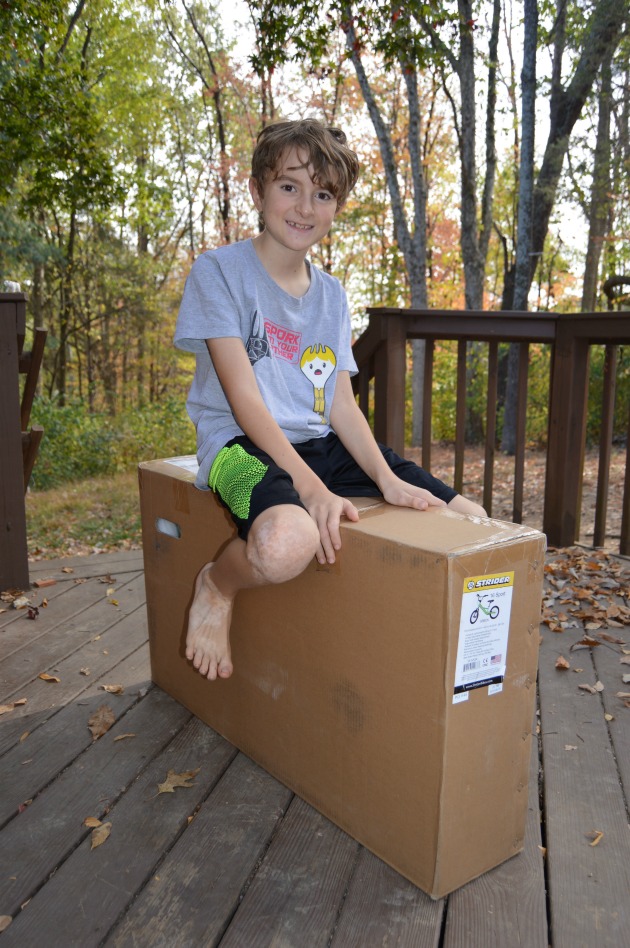 The Strider 16 Balance Bike for kids arrived in a box. I watched the quick YouTube video on assembly and then my son and I replicated the process in just about 10 minutes. 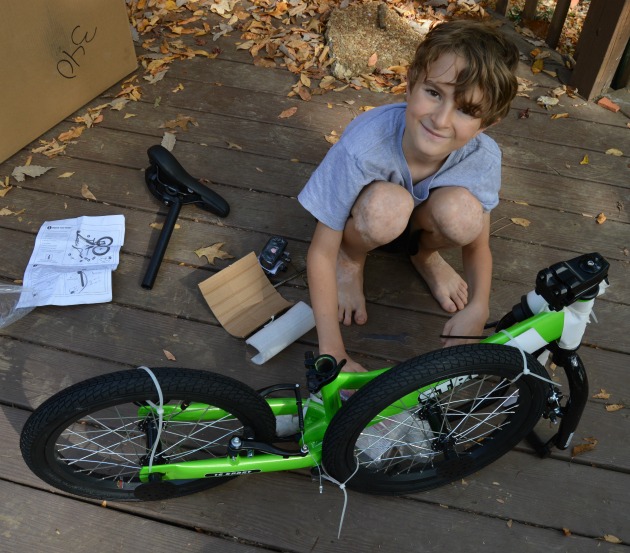 I was pretty proud of myself and my son and was impressed with how easy it was to assemble. Then I noticed the brake pad was too tight on the rear wheel. My husband watched the YouTube video on adjusting the brakes and he fixed that in about 10 minutes. Then my son was ready to go.

I had him put on his helmet and we went down to the cul de sac and he looked not so happy as he made his way slowly around the cul de sac. I told him he should relax and just take his time and have fun. I went inside to give him his space and his sister went outside to demonstrate and encourage him and before you know it, he was inside telling me that he could actually balance on the bike himself. Years of not balancing by himself gone in one day! That is priceless. 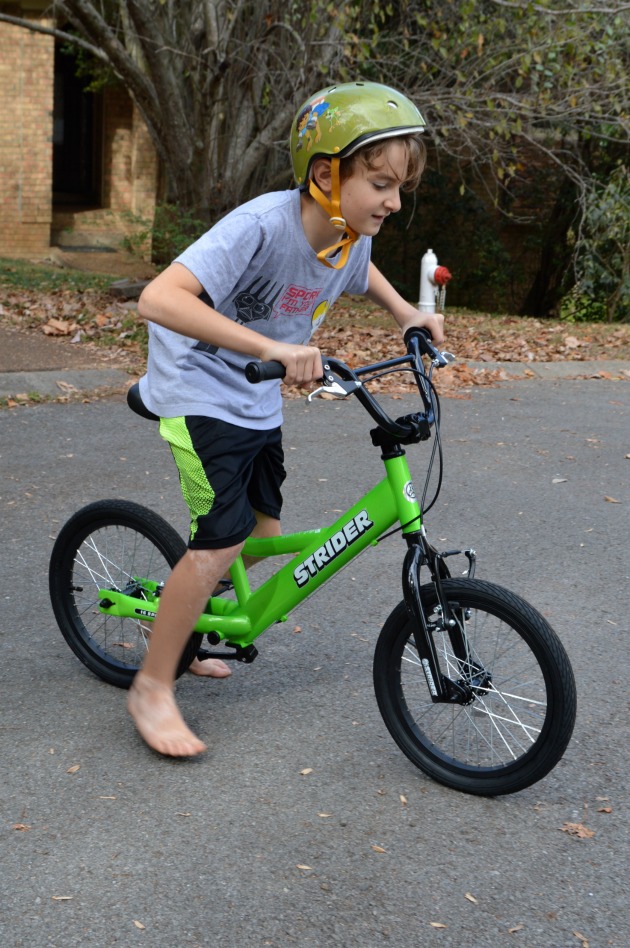 Now he is having fun and progressing at his own pace balancing, gliding, and scooting down our driveway. Pretty soon, I expect we will install the footrests so you can try out gliding while standing on the footrests. Bottom line is now he can teach himself to ride and feel comfortable doing so at his pace. Plus, he can feel a part of the action when the other kids ride their bikes around and he can ride his too. Even our 13 year old neighbor said, “That’s a cool trick bike. I wish I had one too!” They are supposed to be good for skate parks and BMX bike parks so maybe my son can look forward to that!

The patented design of the Strider is super lightweight which is great for transporting it around and it comes in 6 colors. The Strider balance bike for kids, allows the child to experience the feel of leaning and how steering affects the balance of the bike. The balance bikes for big kids have brakes too. By using a Strider balance bike, your child will develop balance, coordination, and confidence! I am so happy that it is already helping my son grow his confidence and feel better about bikes.

You can learn more about Strider Balance Bikes For Kids (& toddlers) at striderbikes.com .

Do you know someone who is a little slow to get the balance element of bike riding?  I bet Strider could take that frustration away in no time and help make riding bikes fun instead of scary!