You are here: Home / Family Lifestyle Tips / Top Tech Toys For Christmas: Are they Worth the Money?
13 shares

Anyone who has children and a computer of any kind will know that the devices can be an endless source of fascination for even the littlest little ones. Of course, part of that comes down to the way that most adults would rather not set their butter-fingered little scamps loose on an expensive piece of highly breakable equipment. Here are a few pros and cons for each of this year’s top tech toys.

The first new home video game console for six years, Nintendo’s Wii U isn’t an add-on to the highly successful Wii, but an entirely new machine. 97 million original Wiis were sold, so it doesn’t take much imagination to suppose that this one will be a must have too.

Pros:
• Kid friendly console with plenty of family friendly games and ways of locking out little-ones from accessing inappropriate stuff
• Uses a fantastic new touch-screen tablet controller to add an extra dimension to play, and one that will be easier for new players to understand
• Nintendo games emphasise playing with friends and family and the new Wii U controller opens up even more possibilities – the player using it can take on a different role, with different information to other players.
• All your old Wii games will work on the Wii U, with the original controllers too. If you don’t have any Wii games, that just means plenty of cheap old games to play

Cons:
• Though modestly priced compared to a lot of brand new video games consoles, the Wii U will have to be a full family investment for most families
• New games are as expensive as they always are
• Future cutting-edge games will be inevitably be exclusive to the next Playstation and Xbox due to the Wii U’s low graphical power
• The tablet-like Wii U GamePad that is central to the system will be very expensive to replace– not one for careless and very young kids

Another of the top tech toys, Twister Dance, reacts to the popularity of video game dancing titles like ‘Just Dance’ and ‘Dance Central’. It provides a cheap way of dancing to your favorites – bundled with five songs, and compatible with your MP3 player, you just have to lay out your colored dots and step as the lights on the machine tell you to.

Pros:
No need to own a video games console to dance
Provide your own music
Perfect for families looking for something to try after Christmas dinner
Easy for everyone to enjoy

Cons:
• Sound quality isn’t phenomenal
• Beat detection only results in somewhat random flailing, rather than the choreographed moves of console dance games
• No feedback on whether you’re actually succeeding or not

The short-lived nineties must-have is back with a new tech-enabled take on the old toy. With new motions and expressive LCD screens for eyes, the main new feature is a Furby app that allows your kids to work out what the toy is saying and also to feed it.

Cons:
Not cheap for what it is and almost certainly going to be in short supply close to Christmas
Devours 4x AA batteries, which aren’t even included
Quickly becomes annoying for anyone outside of its target audience
A little too bulky, repetitive and even too popular to be loved for all that long? (Where is your original Furby now?)

Many of this year’s top tech toys require that you have a smartphone or tablet to lend your child. However, there is actually a growing market for Tablets specifically for kids. After all, tablets are easy to use and offer a lot of depth for fun and learning. VTech’s InnoTab 2 and Leapfrog Toy’s LeapPad 2 are just two popular examples. 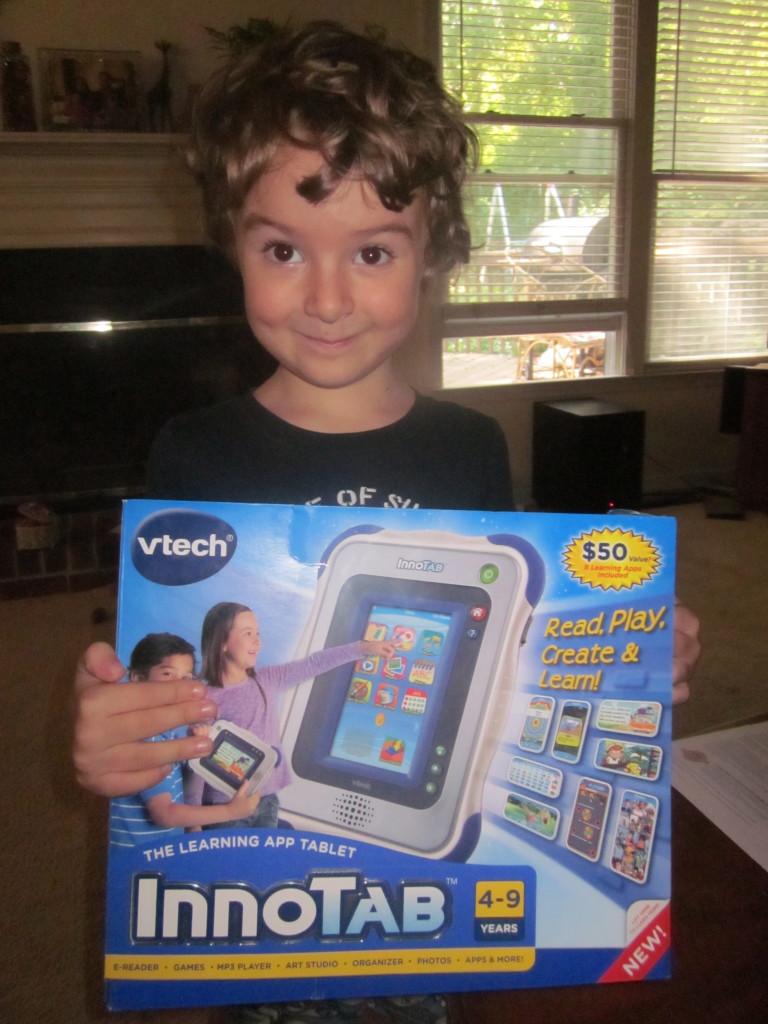 Pros:
• Keeps a child away from your smartphone and tablet, which are obviously a lot more expensive.
• Built to resist the kind of treatment adult’s devices are not
• New models do most of what you’d expect a real tablet to do – including featuring camera, video recorder, e-reader and music features
• Educational focus to many of the apps, but not in a boring way
• Hardware has improved dramatically in recent years to be quicker, more responsive and more fun to use

Cons:
Like many computer-style kids devices, some models can be slow to the point of distraction.
Your child will still understand that your tablet is where all the best apps and features are.
Unlike a real tablet, powered by AA batteries
New apps cost considerably more than apps on iOS and Android

The toy that epitomises the push towards teching up our Christmas haul this year has to be Ravensburger’s Augmented Reality Puzzles series. Having already developed spherical puzzles and large three dimensional puzzles, they’re no strangers to taking a simple traditional idea and giving it a new spin. But by adding extra information and animation to static images via iOS apps, they’ve actually found another dimension to their product.

Pros:
• Puzzle’s appeal lasts beyond the fun of constructing it
• “Augmented reality” features show video scenes of the puzzle, or the same area at a different time of year or day
• Can also point out landmarks or interest features, with encyclopaedia information available with a simple tap

Which of these top tech toys is on your child’s Christmas wish list?

Meditation and Relaxation CD for Kids