As moms, we do most of the shopping. That means we get to vote with our wallets. The truth is that almost nothing you say is as powerful as what you do. The best way to support your local farmer and crop biodiversity is to buy from your local farmers and farmers markets. And when at larger grocery stores, look for local heirloom offerings and make sure you support those too!

We can be a powerful force for change and help address the reduction of biodiversity that has been speedily occurring in our crop production over the last century as GMOs have taken over along with mass farming. And we can do that just by supporting our local farmers!

“In other environmental issues we tell people to stop something, reduce their impact, reduce their damage,” states US Ecologist Gary Nabhan in a recent interview.  Now we are telling people to start something- start supporting localized farming to preserve crop biodiversity.  Nabhan is a ethnobotanist/gardener whose promotion of biodiversity has caught the attention of many over the years. He is known for his work in biodiversity as an ethnobotanist.  Since Coming Home to Eat was published in 2001, the local food movement has ignited, causing a worldwide green epidemic. 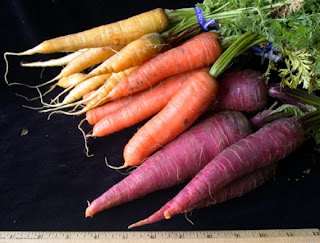 There has been a dramatic rise over the past few years in the number of organizations and businesses that have contributed to the promotion of sustainability through conservation. The Earth Day Network has been playing a large part in bringing conservationist and green enthusiasts together. Sharing ideas and discussing new ways to support the planet is a very important part of conservation.

Large organizations and non-profits like the CGI (Clinton Global Initiative) have been working on successful emission reduction projects in the San Francisco Bay area. While climate control has continued to worsen, collaborative and individual acts are vital for any successful green campaign. As human beings, we’re constantly told to reduce our carbon footprint, consume less unhealthy foods, and spend less time in the shower! But let’s take a minute to step back and look at this from a different perspective. In order to support crop biodiversity, we don’t have to stop doing things. You can start doing something instead! Support your local farmer!

According to The United Nations’ Food and Agriculture Organization–
Only about a quarter of crop diversity is left and that a dozen species now gives 90% of the animal protein eaten globally. In accordance, just 4 crop species supply half of plant based calories in the human diet. 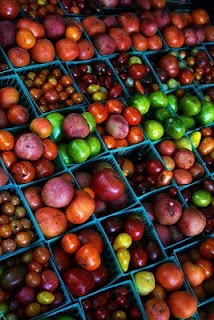 Eat What You Want To Conserve

Eating foods that are home-grown and supporting localized farming will have a greater impact on sustainability for our planet as a whole. Otherwise known as “eat what you conserve,” it is a well-established theory. By eating the fruits and vegetables that we are attempting to conserve/save, we’re promoting the granular dissemination of various plant species.

Agriculturist Marco Contiero also mentions that “biodiversity is an essential characteristicof any sustainable agricultural system, especially in the context of climate change.”[1]According to Conterio’s theory, this would suggest that as individuals we tend our own crops/ plants, and should make sure to purchase localized farm products at supermarkets and groceries. In the end, this condenses export/import reliance, thus reducing our carbon footprint.

Both theories rely profoundly on an action oriented approach of conservation and sustainability. With an abundance of green movements following Earth Day 2010, organizations and individuals have taken a stronger following to expert opinions like the ones demonstrated by both of these highly influential agriculturalists.

How To Support Your Local Farmer:

Here is a list of things you can you do to help preserve crop biodiversity and support your local farmer.

Promoting biodiversity and localized farming is a crucial piece of the conservation puzzle. You can make a complex problem a little more simple by supporting your local farmers.

5 Healthy Resolutions For The New Year

How To Get Toddlers To Eat Vegetables And Fruits